I attended a book signing for Rainbow Rowell and David Levithan and during Q&A someone asked, “What advice would you give to new writers?”.  They had several answers, but the following it was hit home for me.


Don’t be afraid to fail
Don’t expect to be good right away.

I really needed to hear both of these. I started this blog over three years ago. I was so excited to have a place to talk about books with other book lovers…and then I discovered that writing about books is much harder than I thought it would be.  I’ve never thought of creative writing as a strength (ergo my Engineering degree), but since I’ve never had a problem expressing my thoughts verbally I didn’t think it wouldn’t be difficult to translate that to paper.  Boy was I wrong.

Verbal communication isn’t as structured and it’s fleeting.  Blog writing isn’t as structured as books or newspaper, but certain rules still need to be followed for readers to enjoy it.  Plus, it’s OUT THERE.  If I say something dumb at book club, we might laugh about it and then it’s over, but if I write something dumb it feels much more permanent.

I try not to compare myself to anyone else, but it’s hard not to when I read some of the amazing book blogs out there.  I think I expected myself to be able to express myself clearly right away even though the last time (pre-blog) I consistently did any writing was high school.

I feel like it is getting a little easier and I do have reviews that I’m proud of, so I just need to keep writing.  Anyway thank you Rainbow and David for some much need perspective. 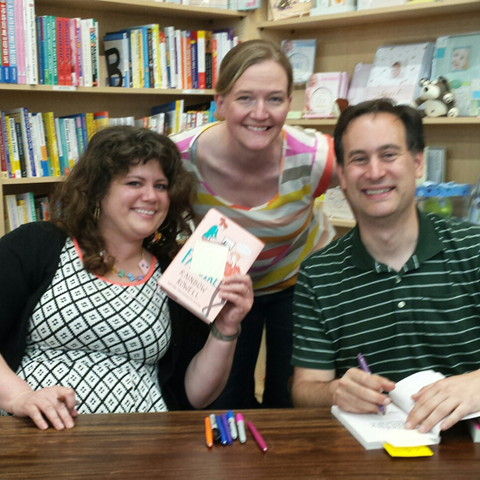