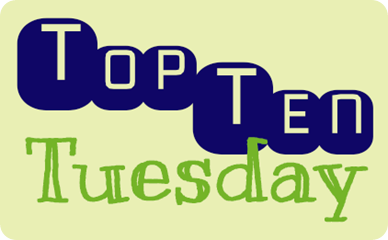 THis week is Top 10 Books I’ve Recently Added to My TBR.  I did a first draft of this topic about two weeks ago thinking a book or two might change for the final version.  Then this post showed up on Bookriot.  So rather than just my last ten books added to my TBR this is my Top Twelve I’ve added in the last two months. 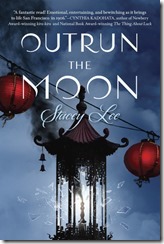 On April 18, an historic earthquake rocks San Francisco, destroying Mercy’s home and school. With martial law in effect, she is forced to wait with her classmates for their families in a temporary park encampment. Mercy can't sit by while they wait for the Army to bring help. Fires might rage, and the city may be in shambles, yet Mercy still has the 'bossy' cheeks that mark her as someone who gets things done. But what can one teenaged girl do to heal so many suffering in her broken city?
I happened to catch part of a documentary about the earthquake of 1906 and immediately searched for any fiction set there.  Discovering that Stacey Lee has one coming out this year felt like kismet. 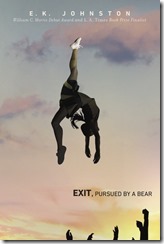 In every class, there’s a star cheerleader and pariah pregnant girl. They’re never supposed to be the same person. Hermione struggles to regain the control she’s always had and faces a wrenching decision about how to move on. The assault wasn’t the beginning of Hermione Winter’s story and she’s not going to let it be the end. She won’t be anyone’s cautionary tale.
I’ll admit I’m in on this one for the cover.  Obviously, I think the summary sounds intriguing and I’m also curious about the title. 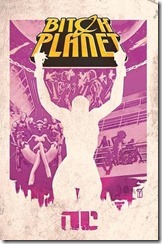 In a future just a few years down the road in the wrong direction, a woman's failure to comply with her patriarchal overlords will result in exile to the meanest penal planet in the galaxy. When the newest crop of fresh femmes arrive, can they work together to stay alive or will hidden agendas, crooked guards, and the deadliest sport on (or off!) Earth take them to their maker?
This is for the comic book category in this years Read Harder Challenge, but I’m super excited about it. 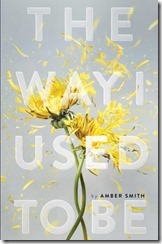 Eden was always good at being good. Starting high school didn’t change who she was. But the night her brother’s best friend rapes her, Eden’s world capsizes.
Told in four parts—freshman, sophomore, junior, and senior year—this provocative debut reveals the deep cuts of trauma. But it also demonstrates one young woman’s strength as she navigates the disappointment and unbearable pains of adolescence, of first love and first heartbreak, of friendships broken and rebuilt, and while learning to embrace a power of survival she never knew she had hidden within her heart.
This is well reviewed and sounds like something that will move me (I probably won’t LIKE it). 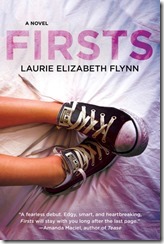 Seventeen-year-old Mercedes Ayres has an open-door policy when it comes to her bedroom, but only if the guy fulfills a specific criteria: he has to be a virgin. Mercedes lets the boys get their awkward, fumbling first times over with, and all she asks in return is that they give their girlfriends the perfect first time- the kind Mercedes never had herself.
When Mercedes’ perfect system falls apart, she has to find a way to salvage her reputation and figure out where her heart really belongs in the process. Funny, smart, and true-to-life, FIRSTS is a one-of-a-kind young adult novel about growing up.
This totally depends on execution, but it seems like it has potention to tell the sex-shaming story from a different angle. 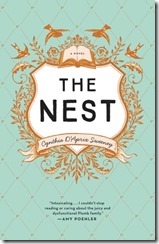 Every family has its problems. But even among the most troubled, the Plumb family stands out as spectacularly dysfunctional. Years of simmering tensions finally reach a breaking point on an unseasonably cold afternoon in New York City as Melody, Beatrice, and Jack Plumb gather to confront their charismatic and reckless older brother, Leo, freshly released from rehab. Months earlier, an inebriated Leo got behind the wheel of a car with a nineteen-year-old waitress as his passenger. The ensuing accident has endangered the Plumbs joint trust fund, “The Nest” which they are months away from finally receiving. Meant by their deceased father to be a modest mid-life supplement, the Plumb siblings have watched The Nest’s value soar along with the stock market and have been counting on the money to solve a number of self-inflicted problems.
Hearing that Amy Poehler recommends this one made it an auto-add for me.  Sounds like what I read more of pre-blog and I’m pretty excited about that. 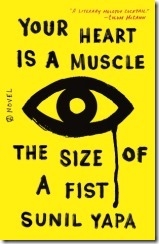 The Flamethrowers meets Let the Great World Spin in this debut novel set amid the heated conflict of Seattle's 1999 WTO protests.
I was drawn to this by the title and simplicity of the cover.  I added it to my list because it sounds interesting and it will probably fit the political category for the Read Harder Challenge. 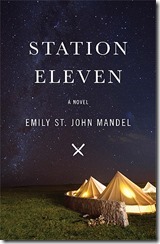 Spanning decades, moving back and forth in time, and vividly depicting life before and after the pandemic, this suspenseful, elegiac novel is rife with beauty. As Arthur falls in and out of love, as Jeevan watches the newscasters say their final good-byes, and as Kirsten finds herself caught in the crosshairs of the prophet, we see the strange twists of fate that connect them all. A novel of art, memory, and ambition, Station Eleven tells a story about the relationships that sustain us, the ephemeral nature of fame, and the beauty of the world as we know it.
Somehow I hadn’t heard of this until my secret santee requested it for Christmas.  Once I read the synopisis I had to add it to my list, just waiting for the library. 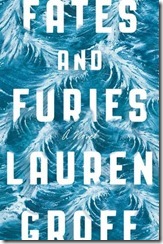 Every story has two sides. Every relationship has two perspectives. And sometimes, it turns out, the key to a great marriage is not its truths but its secrets. At the core of this rich, expansive, layered novel, Lauren Groff presents the story of one such marriage over the course of twenty-four years.
At age twenty-two, Lotto and Mathilde are tall, glamorous, madly in love, and destined for greatness. A decade later, their marriage is still the envy of their friends, but with an electric thrill we understand that things are even more complicated and remarkable than they have seemed.
After seeing this on lists for awhile I finally decided I should give it a shot. 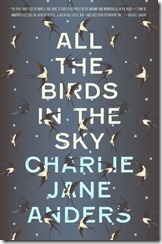 Childhood friends Patricia Delfine and Laurence Armstead didn't expect to see each other again, after parting ways under mysterious circumstances during high school. After all, the development of magical powers and the invention of a two-second time machine could hardly fail to alarm one's peers and families.
But now they're both adults, living in the hipster mecca San Francisco, and the planet is falling apart around them. Laurence is an engineering genius who's working with a group that aims to avert catastrophic breakdown through technological intervention into the changing global climate. Patricia is a graduate of Eltisley Maze, the hidden academy for the world's magically gifted, and works with a small band of other magicians to secretly repair the world's ever-growing ailments. Little do they realize that something bigger than either of them, something begun years ago in their youth, is determined to bring them together--to either save the world, or plunge it into a new dark ages.
Magic and apocalypse.  Nuff said.  Added bonus it fills a hard to fill category in the challenge. 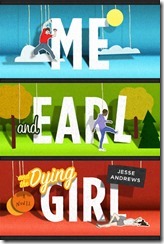 Greg Gaines is the last master of high school espionage, able to disappear at will into any social environment. He has only one friend, Earl, and together they spend their time making movies, their own incomprehensible versions of Coppola and Herzog cult classics.
Until Greg’s mother forces him to rekindle his childhood friendship with Rachel. Rachel has been diagnosed with leukemia—-cue extreme adolescent awkwardness—-but a parental mandate has been issued and must be obeyed. When Rachel stops treatment, Greg and Earl decide the thing to do is to make a film for her, which turns into the Worst Film Ever Made and becomes a turning point in each of their lives.
After Elizabeth’s stellar year of recommending books to me this one definitely makes my list. Louisa Clark is no longer just an ordinary girl living an ordinary life. After the transformative six months spent with Will Traynor, she is struggling without him. When an extraordinary accident forces Lou to return home to her family, she can’t help but feel she’s right back where she started.
Her body heals, but Lou herself knows that she needs to be kick-started back to life. Which is how she ends up in a church basement with the members of the Moving On support group, who share insights, laughter, frustrations, and terrible cookies. They will also lead her to the strong, capable Sam Fielding—the paramedic, whose business is life and death, and the one man who might be able to understand her. Then a figure from Will’s past appears and hijacks all her plans, propelling her into a very different future. . . .
I finally read Me Before You a couple weeks ago and it’s been all I can do to wait for a library copy of the sequel and not purchase.
Posted by Brandy at 11:00 PM