Ten Books For Readers Who Like Books that make you think 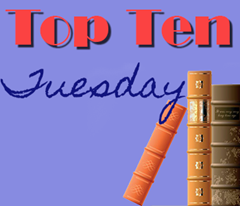 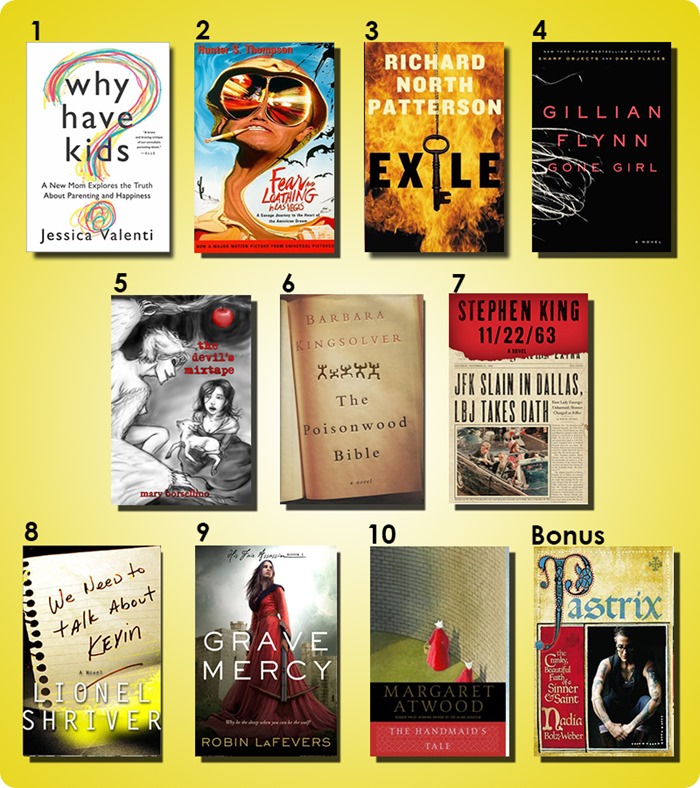 Why Have Kids? by Jessica Valenti

When I first read this I really agreed with much of what Valenti pointed out, but was also a little offended by other points.  This books is a really interesting look at the challenges facing parents in the US and provides some perspective that many will find offensive, but if you can read with an open mind is a very healthy perspective.

Fear and Loathing in Las Vegas by Hunter S Thompson

The closest I’ll ever come to doing drugs was reading this book.  It’s just a unique reading experience.

A lot of Mideastern history woven into a trial/semi mystery book.

Very intricate story about how the gods of old times are struggling in the US because so few people here believe in them.

The Devil’s Mixtape by Mary Borselino

There are three paragraphs about how we as a society treat teenage girls that is genius and has changed how I react to certain new events.

The Poisonwood Bible by Barbara Kingsolver

Lots of thoughts on missionary work, politics in Africa, and family dynamics.

If case you don’t know – the concept of this one is that a guy has an opportunity to go back in time and stop the JFK assassination.  I spent the whole books thinking about what would have changed in our history.  It also made me think about what would be different now if someone could have stopped other historic events, such as 9/11.

We Need to Talk about Kevin by Lionel Shriver

Questions about nature vs nurture. Do the emotions of the mother during pregnancy affect the personality of a child?

This has a fascinating representation into how the gods pre-Christianity were woven into the present day church as saints.  Not the exact gods/saints represented in this book, but it was easier to get people to accept Christianity if they saw some of their own mythology within it.  (ergo gargoyle's on churches to ward of evil spirits, Christmas lining up with Winter Solstice, etc).

The Handmaid’s Tale by Margaret Atwood

Makes me think about the precarious position of women in society and how little it would take for things to change.

Nadia doesn’t try to fit into our expectations of what a pastor should be: the picture on the cover shows off her tattoos and the first word of the book is “shit”. But she really illustrates that God is everywhere – not just a church.  But I think the strength of this book is that Nadia admits she doesn’t know all the answers. That God is meant to be unknowable and instead of faking anything she’s just very honest about her experiences and feelings.  This allows the reader to think and question.